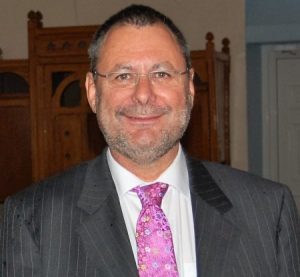 This is the fourth and last report I will make so it is appropriate that I look back briefly over the life of the current council but more properly focus on what is to come given the recent grant of planning for a significant number of new dwellings- with many more in the pipeline. This will mean an increase of over 100 additional dwellings in the village over the next few years. While this is good for the long term sustainability of our community and its facilities the next Parish Council will be welcoming a large number of new friends into our community over its time. It is therefore even more important than ever for the new council to think strategically about the best use of Section 106 funding that will result from these developments.

A prime recent example of this need was the issue of the kitchen extension to the Village Hall which was considered a priority over 10 years ago yet it was questioned in the light of todays requirements when it was reconsidered for S106 funding by the current council and its need was also questioned by a significant number of the residents. Sadly, this project is now proceeding without the benefit of adequate funding or a proper business case and it is of great regret to me that the Village Hall Trustees were unwilling to engage constructively with the Parish council in the decision to proceed on this basis . Perhaps the upcoming AGM of the Hall charity will present an opportunity to elect the five Trustees representing the residents that are more willing to work with the new PC in looking at the future community facilities to support the population growth and recognising the evolution in the way that village halls are used and managed.

In this spirit I would also urge the new council to constantly review and if necessary, revise any decisions taken by the current council and indeed by themselves as the new Unitary Authority and indeed Brexit may change the climate and reasons for which they were originally taken.

One of the more pleasing changes in recent times is the PC’s closer coordination and sprit of mutual support with Village Community Group which has resulted in the achievement of many things that have enhanced the life of residents over the past four years as confirmed by the Best Village Accolate recently awarded. Key activities such as social Functions, the Monthly Cinema and the Mud Pie Café have helped with social cohesion, particularly amongst older residents. The resultant funds have been used for further projects, such as the Memorial Bench, floral displays and the Defibrillator with more to come. Participation the in the group and its work is open to all and everyone is welcome to join in . Volunteering is also vital to maintaining some of our most attractive local features such as the footpath networks and the lane linking us to the North Dorset Trailway – and I pay tribute to those who make it happen .

As well as all the routine maintenance of its assets PC has also been active with a number of ongoing projects such as the refurbishment of the iconic finger post signs and the replacement of the village entrance signage -and , after a considerable number of years of effort the PC has finally persuaded North Dorset District Council and is successors to abandon development plans and transfer over the small plot of green space in Mary Gardens and also some land in Nethermead for community use. Many years ago, the PC of the time built the village museum and bus shelter that stands next to the school on land that was owned by the shop. The land was then leased back to the PC at a peppercorn rent. To secure the museum’s long term future the PC has now acquired this land from the shop and the recently formed village History Society has been invited to look at expanding the use of the museum for the enjoyment of residents and visitors alike.

Despite many efforts to educate and inform two areas of antisocial behaviour continue to blight the lives of the community- Dog fouling and Speeding.

Dog owners are ultimately responsible for their pets and as well as being against the law, it is socially unacceptable for dog fouling to be left on pavements and public spaces without being cleared up and being hygienically disposed of by the dog’s owner without a burden on the public purse. The PC will continue to press for prosecution of offenders when they are identified .

The PC has sponsored a Community SpeedWatch campaign to check on the speed of vehicles as they transit the 30mph area in the village. Those who are identified as exceeding the limit will receive a warning letter from the Police and persistent offenders will be targeted by the Police for prosecution. The PC is grateful for the volunteers who give their time to staff the monitoring teams . Random visits of the Police camera van are now also in place.

A key deliverable for the current council that was set four years ago was a finished Neighbourhood Plan that would set the future direction for planning decisions and development of the village. And , despite the heroic efforts of the Plan subcommittee, ably lead by Paul Banning, the second version of the plan remains on hold because of the relaxing of planning consents caused by North Dorset District Councils failure to meet its 5 Year housing supply target . Hopefully the resolution of all recent planning applications submitted will enable a new team to build on the current version and complete this vital task.

Finally, I commend the members of the current council to you and I thank them on your behalf for their efforts. To be an effective Parish Councillor is not a simple matter and it requires a large amount of personal effort and commitment- initially there is much to learn about the laws and procedures that determine a PCs rights and obligations, then there is the need to understand the complexities of UK planning law and finally to arrive at decisions based on reasoned judgement there is a significant amount of reading and preparation required before each meeting.

Lastly, I would like to thank the members of the council for their support for me as their chairman, it been privilege to lead them.